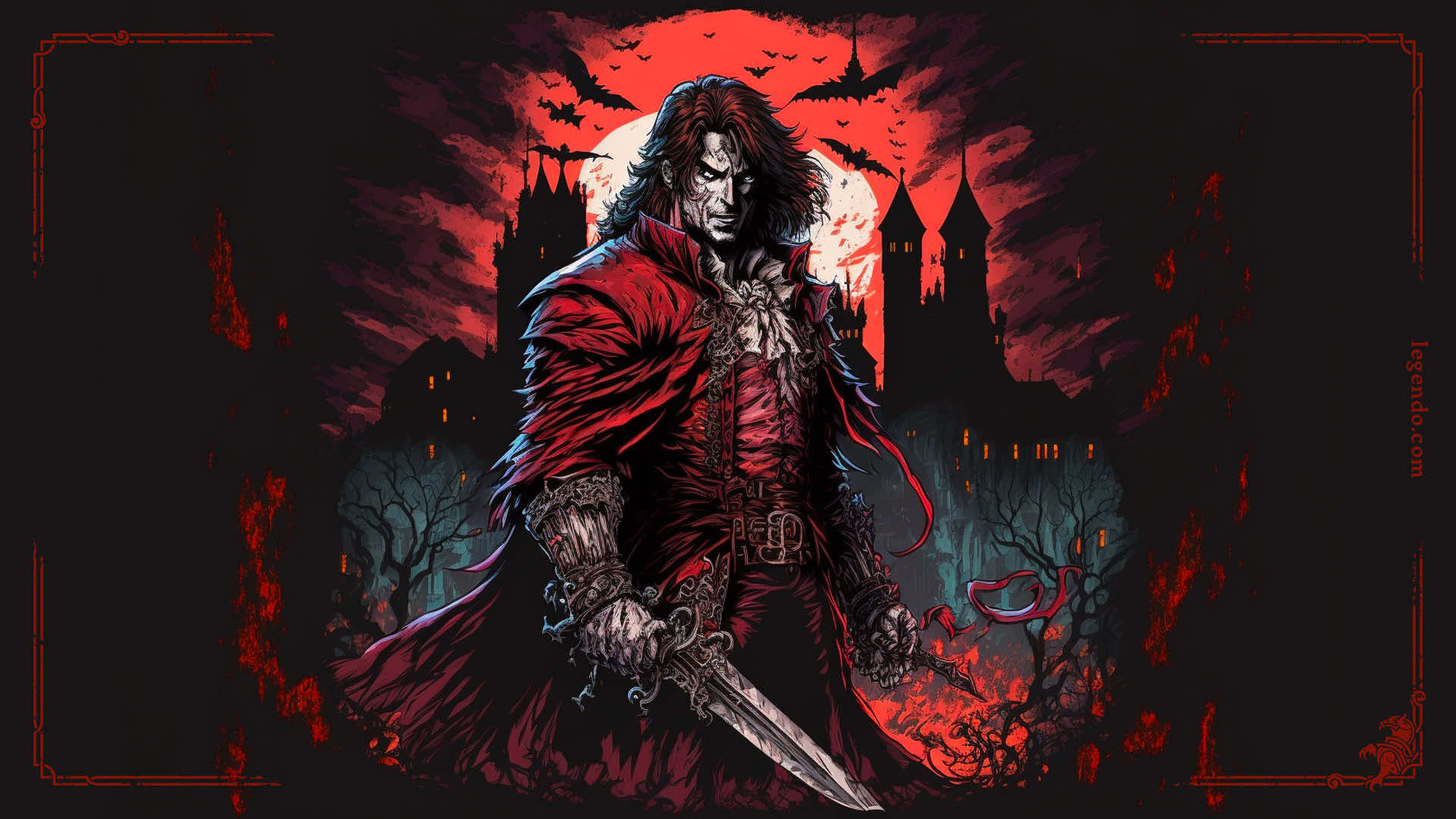 August 1, 2022 — Contrary to popular belief, vampires and bats in popular culture did not start with Irish author Bram Stoker’s 1897 novel Dracula, even though it was published 125 years ago.

To follow the cultural timeline of how vampires rooted in ancient folklore became a mainstay genre of modern society, you’ll have to do some digging (pun intended). We’re not talking decades worth of material but centuries of ancient horror stories dating back to the Middle Ages.

“You may have heard of Vlad the Impaler, warlord and iron-fist ruler of medieval Wallachia.”

Unspeakable horrors were told through ancient European folklore and legend depicting demonic and ravenous entities with a penchant for drinking blood and spreading death. That aside, the ubiquitous popularity of Dracula as the mainstay name for an aristocratic vampire character can most certainly be ascribed to Bram Stoker’s world-renowned literary work of the same name.

You may have heard of Vlad the Impaler, warlord and iron-fist ruler of medieval Wallachia (a region in Romania) whose deeds have become deeply intertwined with Eastern European history, folklore, and vampirism. Also known as Vlad Dracula the Impaler, or Vlad Drăculeain in Romanian, his brutal victories over the Ottoman Turks and a not insignificant number of other enemies, including more than a few Transylvanian Saxon (German) tribes. Vlad Drăculeain’s brutal war deeds eventually gave name to Bram Stoker’s Dracula, published in 1897.

However, centuries before Stoker’s magnum opus was published, some of the world’s first bestselling books were printed in German. And, like Stoker’s Dracula, these early books also offered gruesome Draculean-like horror stories. The authors of these archaic vampire tales were, like Stoker and others, inspired by Vlad the Impaler’s cruelty. These german tales were printed hundreds of years before Stoker’s magnum opus before Germany was unified as a country (modern Germany was founded in 1871.)

But, to find the modern, suave, sophisticated, and debonaire creations that woo their victims in the night is less of a taxing trek through time. Dating back to the 1800s, we can trace the history of the modern vampire so deeply ingrained in pop culture and fiction. Whether you’re talking about the sparkling fiends of the United States Northwest or the mysterious events of Wallachia or Transylvania in modern-day Romania (except the Norse draugen, corpses the Vikings believed needed a stake through the heart to stay dead), they all have the same basic origin and no — it’s not the one you’re thinking about.

1819: The Birth of Modern Vampire Fiction (and Frankenstein)

Nearly 80 years before the creation of pop culture’s most famous vampire, Count Dracula, pioneering horror readers were introduced to the bloodsucking Lord Ruthven in the literary work The Vampyre which was published in 1819. The story of this mysterious figure spurred from a friendly contest between four travelers trapped indoors on the shores of Lake Geneva in Switzerland. As the rain kept the quartet together, the brilliant minds of rockstar-like poets and lyricist legendaries Percy Shelley, Lord Byron, Mary Godwin, and John Polidori brainstormed a competition to write the best horror story.

“Unspeakable horrors were told through ancient European folklore and legend depicting demonic and ravenous entities with a penchant for drinking blood and spreading death.”

The poets, Shelly and Byron, struggled to finish their attempts, but Godwin and Polidori were able to spin tales of terror that would become iconic in the horror community. During this encounter, Godwin crafted the tale of Victor Frankenstein and his obsession with conquering death, which she published a few years later as Mary Wollstonecraft Shelley.

Polidori’s short story, The Vampyre, was a bit different, breeding the romanticized vampires of fantasy. It helped celebrate the European folktales spoken of for centuries and sought to bring vampires and similar creatures like the Norse draugen out of the shadows. However, Polidori’s story would ultimately be overlooked in favor of Bram Stoker’s celebrated work of 1897. Ruthven was as seductive as the Transylvanian count Dracula but failed to have the same lasting impression.

Vampire fever had swept the world, seen best with the fast, cheap, and sensational “penny dreadfuls.” Many of these stories have long since been forgotten, but names like Sir Francis Varney are well-known amongst lovers of bloodsucker lore. The victorian-era Varney, the Vampire: Or, The Feast of Blood ran for 232 chapters and spanned 900 pages. It’s believed that Varney was the inspiration for some of Dracula’s more popular traits — like fangs and being brought back to life despite being “killed.”

Before Stoker’s modern classic was published, Irish author J. Sheridan Ie Fanu had brought to life the first notable lady vampire, Carmilla, or Countess Mircalla Karnstein. While vampire characters such as Lord Ruthven and Sir Francis Varney were both English noblemen, Carmilla (real name Countess Mircalla Karnstein) lived in Styria, a part of Austria near the borders of Hungary and Slovenia. Although the folklore of Eastern Europe was full of vampire stories, Carmilla was the first literary work placed in Eastern Europe.

Regardless of earlier vampire literature and tales, it was Stoker’s Dracula that ultimately became the basis of modern vampires, especially when it came to on-screen portrayals. While the mesmerizing count didn’t make it to the Silver Screen until 1931, Count Orlok, portrayed by Max Schreck, served as a grisly interpretation in the 1922 movie Nosferatu. The hideous count played by Shreck may not have been as attractive as Bela Lugosi’s pale-faced Transylvanian, but the bird-nosed vampire inspired an entirely different breed of vampires. The balded, long-toothed monstrosity was often the version used when trying to terrify audiences outright.

When Universal Studios released the first Dracula movie, it set into motion a chain reaction of inspiration and sequels. The name “Dracula” found its way into many movies and onto the filmographies of actors like Christopher Lee, Gary Oldman, Richard Roxburgh, Claes Bang, Luke Evans, and, surprisingly enough, Adam Sandler. Even when Dracula’s name wasn’t used for certain characters, it was impossible to deny the link. Sesame Street’s The Count and The Munsters’ Grandpa bore resemblances to Lugosi’s portrayal.

“Regardless of earlier vampire literature and tales, it was Stoker’s Dracula that ultimately became the basis of modern vampires, especially when it came to on-screen portrayals.”

As for the legacy of vampires in books, movies, and television, it wasn’t all about Bram Stoker’s count. In 1976, Anne Rice created her memorable bloodsuckers in Interview with the Vampire. When it looked like vampires had run their course as pop-culture icons, Rice’s book and following vampire chronicles helped revitalize the genre. She even had a hand in creating many facets of the modern vampire, such as the brooding nature of a bloodthirsty monster crippled by the guilt of a mortal being. Monster Squad, Bram Stoker’s Dracula, the Salem’s Lot miniseries, Buffy the Vampire Slayer (1992), Shadow of the Vampire, What We Do in the Shadows (2014), Lost Boys, Near Dark, and Van Helsing all bounced between the many versions of the fanged creature of the night. Vampires modeled after Dracula was more often articulate and capable of fitting in with a human crowd. Those based on Count Orlok’s Nosferatu model were more monstrous and feared by all. Even Rice’s complex fiends of the night, often driven by immortal recklessness or a strong sense of morality, were finding their footing in vampiric lore.

Across the big screen, the small screen, the printed word, and even comics and manga, the vampire craze blossomed. Movie series like Underworld, the 30 Days of Night graphic novel, and manga like Hellsing or Vampire Hunter D all had a hand in keeping vampires popular. Still, an entire medium deserves a large bite of the credit: interactive entertainment.

Vampires have graced our televisions, filled our movie theaters, populated both comics and books, and been the basis of our nightmares for many years. People’s obsession with the undead will continue for many decades as we find new and unique ways to experience these blood-loving creatures’ horror (and charm).